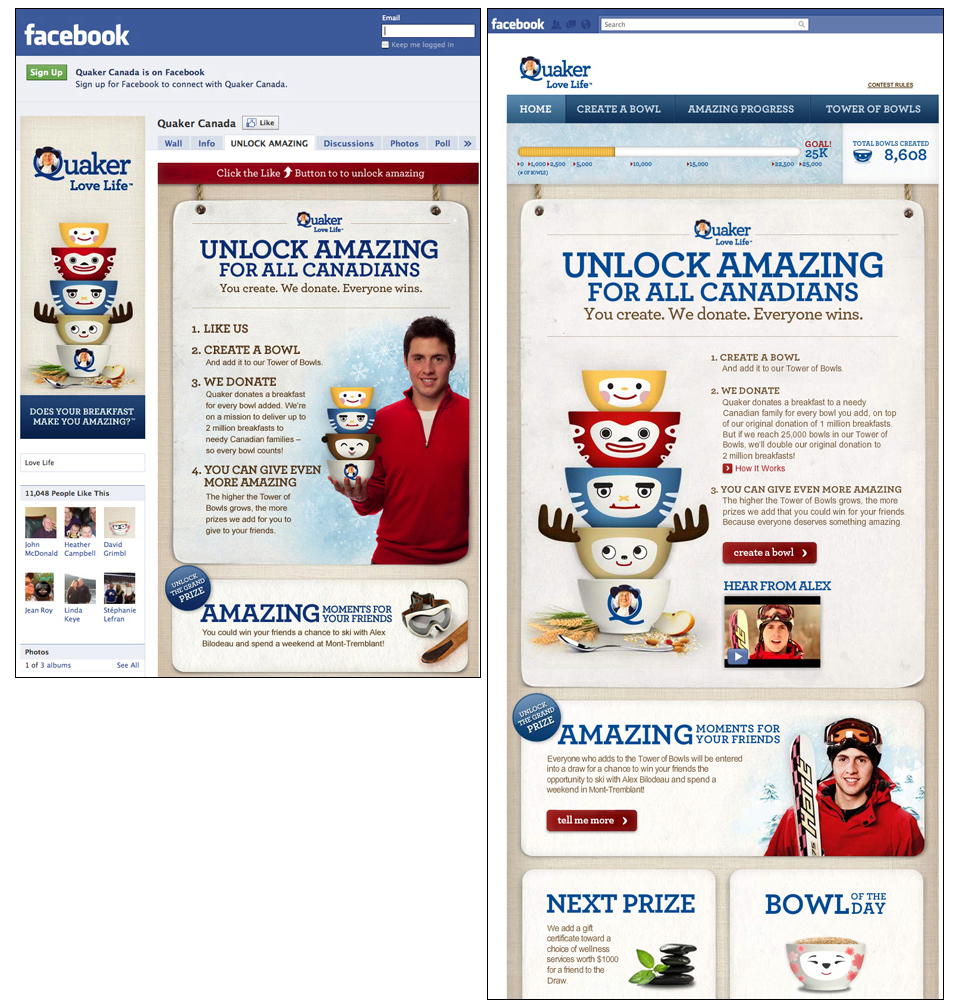 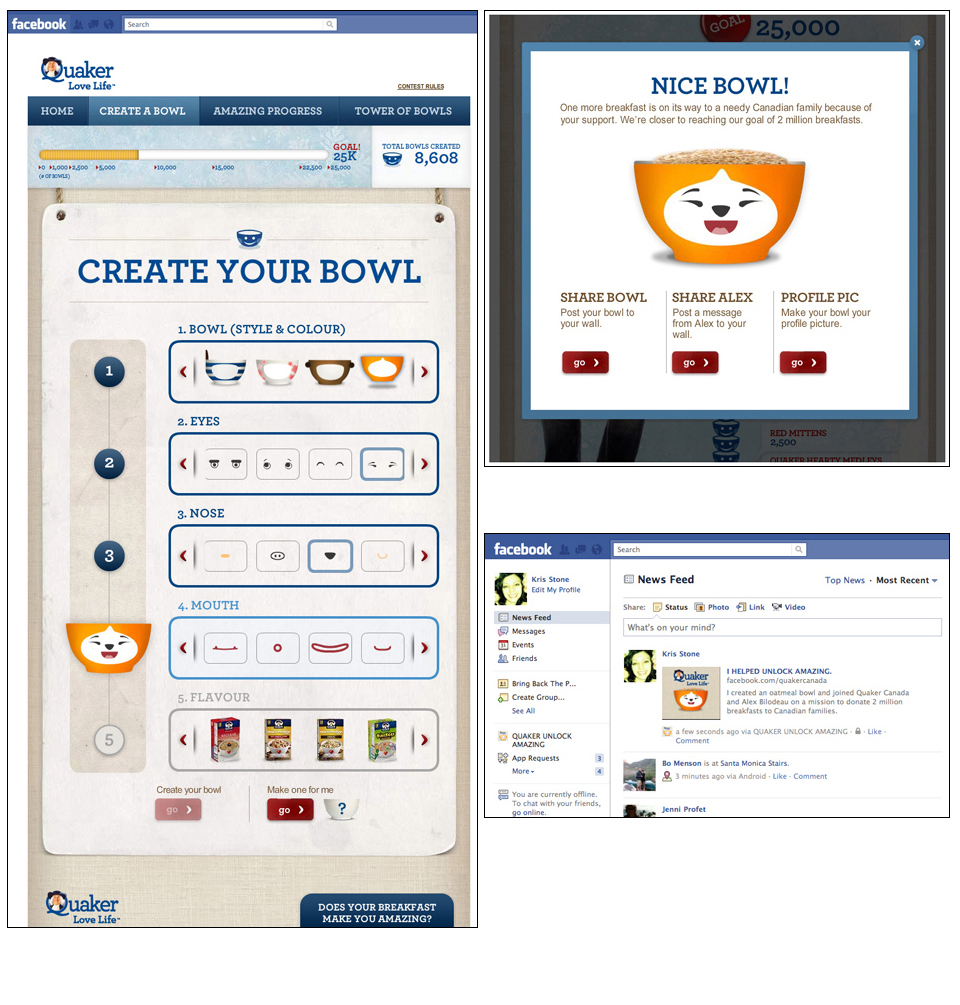 How do you grow your fan base while simultaneously doing good?

In this award-winning charitable initiative built around Quaker Canada's Facebook page, participants contribute to a virtual tower of oatmeal bowls, resulting in a very real donation of breakfasts to Food Banks of Canada. And, of course, prizes for all. The campaign included a video appeal from Olympic medal winner Alex Bilodeau, created specifically for this initiative.

In its first two weeks the campaign more than tripled the number of Quaker Canada Facebook fans, who created over 8,000 virtual oatmeal bowls.

By the end of the campaign, Quaker Canada had seen an eight-fold increase in Facebook fans who created over 22,000 virtual oatmeal bowls.